A couple weeks ago, Joe and I (plus our other amazing 6 team members) made the drive out to the southwest corner of Utah for our second go at Ragnar Trail Zion. 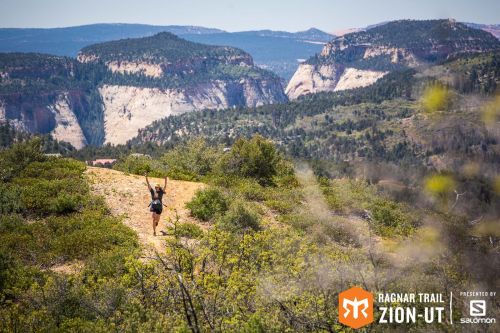 This was the first Ragnar we ever did 3 years ago (you can read about it HERE) and since it was about a month earlier in the spring, the weather was pretty tough and the race was cancelled halfway through. We have been dying to go back and do it again since they bumped the date into May.

Joe and I left on Thursday night and camped just outside of Moab. We were up early the next morning to finish the drive down to Zion National Park. We were the first of our team to arrive, so we found a nice campsite in the village. 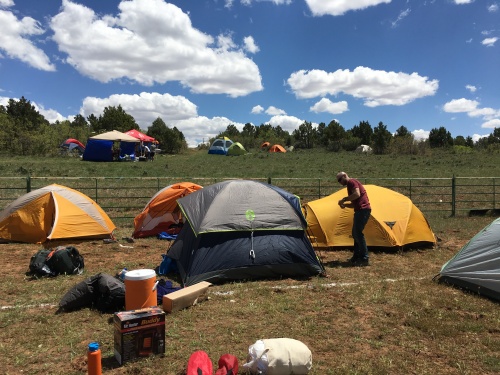 We set things up as the rest of our team arrived and unloaded gear. Our team was set to start at 3:30 and Joe and I were runners 2 and 3 in the lineup. 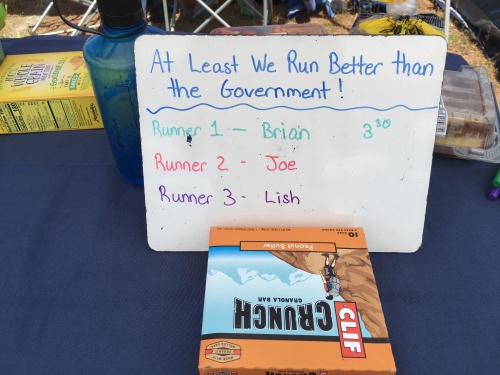 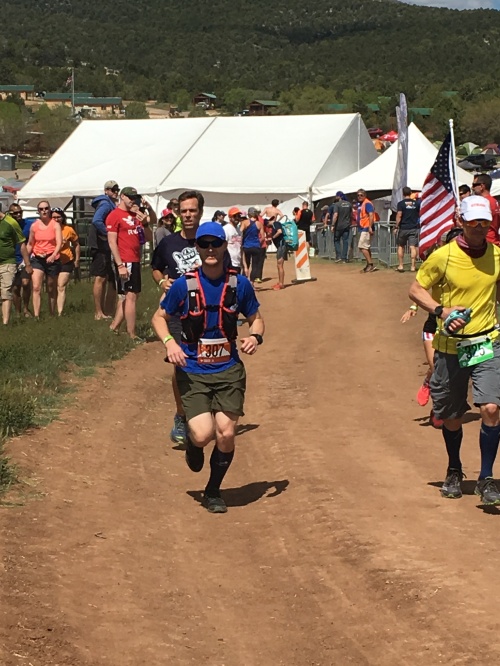 I started with the red loop (7.5ish miles) at around 5:30pm and it was still really hot. There wasn’t much shade and there were a ton of steep uphills, but it was definitely worth it for the views! 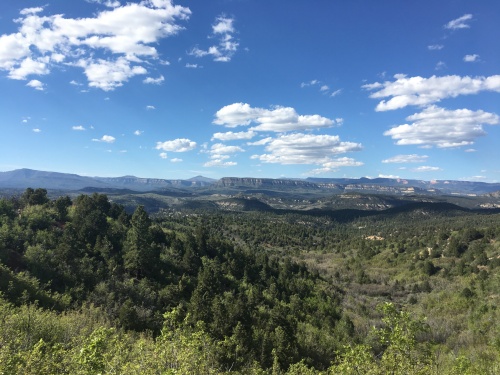 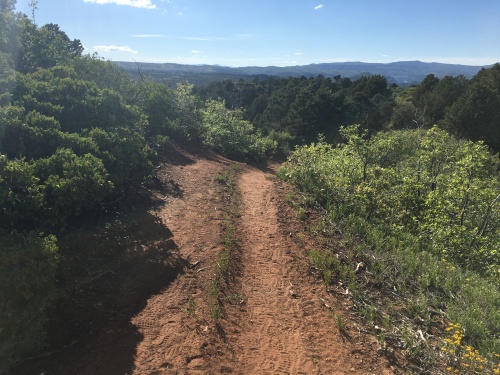 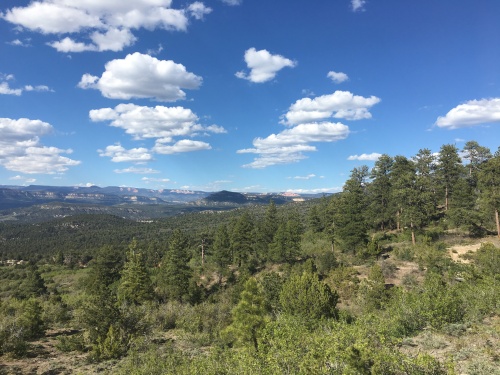 Our team was off to a really fast start and the weather was completely cooperating this time around – super mild as the night came and we never had a drop of precipitation! 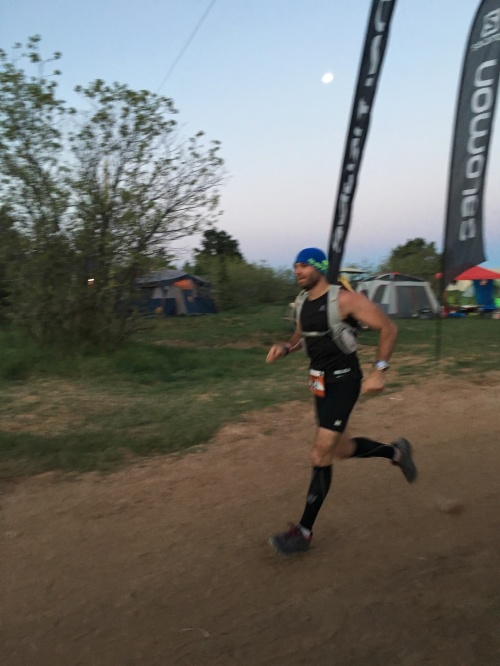 My second leg – the yellow loop (4ish Miles) came right at midnight. The night ones are always my favorite…I feel like I’m running super fast and you can only see as far as your headlamp goes, so you never really know there’s an uphill until you are in it! haha. I had so much fun on this loop until the last 10th of a mile in the homestretch when I apparently decided to stop concentrating on what I was doing and I completely rolled my ankle and fell. I got up, limped a bit and then was able to run it into the finish.

This was the ankle I injured last summer, so I think it’s a little weak and I am super sensitive when I roll it. It was fine though 🙂 I spent a few minutes warming up by the fire. 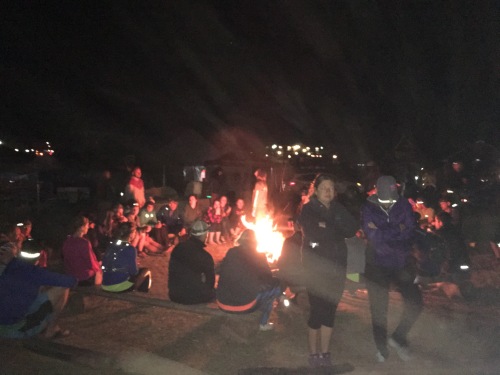 I tried to lay down after the yellow loop and managed to get about 3 hours of sleep, which is pretty good! I woke up in time to see our first runner off on the final loop and made some coffee and breakfast while I waited for my turn. Once Joe left on his leg, I got dressed for mine and headed back to the transition tent.

I only had the green loop left, which is a pretty nice one to finish on. Just 3.5ish miles and barely any elevation gain. I started at 8am and was done around 8:30 – great way to finish the race.  After that I drank a beer (yes, at 9am…there is no concept of time during a Ragnar) and continued to cheer on the rest of my team as they ran their last legs. 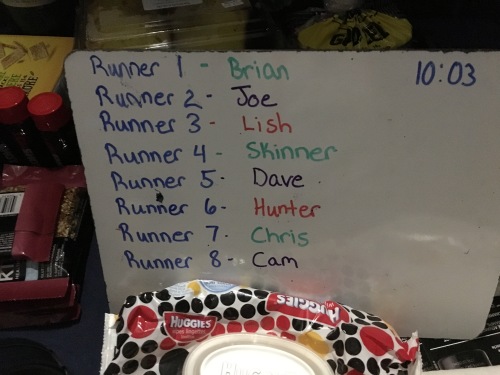 Results weren’t posted until a couple days later, but turns out we did pretty good! 6th in our category and 23rd overall (out of 312 teams!). I’m pretty sure my being the only woman on the team helped us out in our category a bit, but we don’t need to talk about that 😉 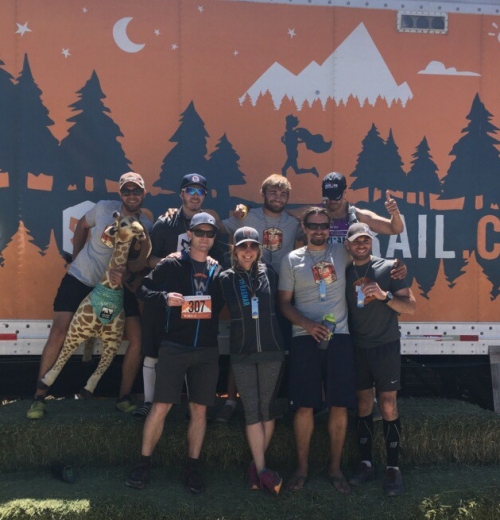 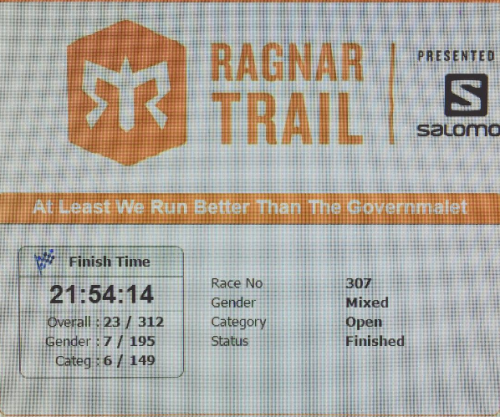 Posted in Everything Else